Actor Neena Gupta’s daughter and a well-know fashion designer, Masaba Gupta, treated her followers on social media with a throwback picture of her mother and West Indies cricketer Viv Richards. In her Instagram post, she wrote, “My world. My blood”.

The Badhaai Ho actor had her first child, Masaba, with Richards, out of wedlock. And later she tied the knot with her husband Vivek Mehra in 2008.

The mother-daughter pair will soon be seen on the next season of Masaba Masaba. The show is loosely based on the life of fashion designer Masaba Gupta, and also stars her real-life mother Neena Gupta in one of the pivotal roles. The Netflix original is directed by Sonam Nair and produced by Ashvini Yardi. The entire team of the series is driven by women from its writers, acting leads and the director and producer.

Here are 10 things about the relationship of Neena Gupta and Masaba Gupta:

-When Neena Gupta had Masaba with legendary cricketer Viv Richards, she decided to raise her by herself after separation from Richards.

-The show Masaba Masaba 2 is all set for second season and once again we are likely to see both Masaba and Neena Gupta in action.

-On the Netflix original show, Masaba Masaba, in the first season, they were portrayed as pillars of strength for each other. As actors they were a powerful team on screen. –While speaking of Masaba’s acting debut Neena mentioned, “I am her best critic and her worst critic”.

-Even so, the Bollywood actor heaped praises on Masaba for her performance. “She has done wonderfully! When I watched it for the first time, I couldn’t believe it. I was expecting her to do okay but not so good. I was trying to find faults in her acting but there were none. She has truly surprised me by her work,” she said in an interview.

–In an interview, Masaba credited her mother for making her have a realistic approach. “My mother has made me somebody who is very grounded and in touch with reality,” she said.

-Much like every other mother, Neena, too, is protective of her daughter. The actor once revealed that she followed Masaba to Goa when she went on a trip with her friends. 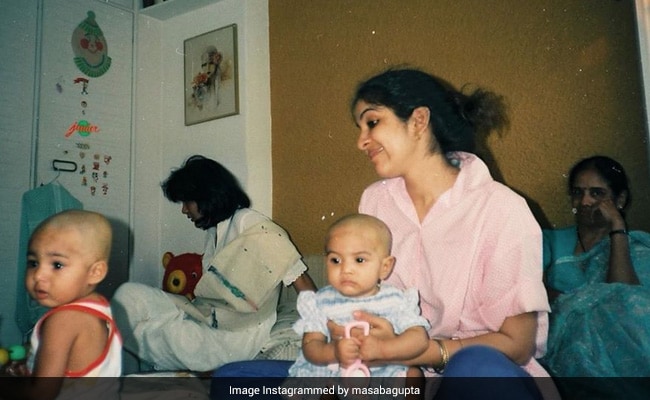 -Probably, the popular fashion designer’s mother is her go-to model. The 61-year-old actor often flaunts the attires by the label Masaba.

-The mother-daughter duo support each other in all their endeavours and never hold back from showering praises on the other. Masaba has shared cooking videos of her mother, a skill the actor aced during the lockdown.

-When Neena Gupta decided to get married to chartered accountant Vivek Mehra, the difficult part, Neena says, was the process to announce the news to her daughter. However, the actor revealed that she was supportive of her decision. “Masaba is one person who will do anything for her mother’s happiness whether she likes it or not,” Neena said.