Alia Bhatt: Read about her journey of major transformation from her first movie to her upcoming release. Happy birthday Alia Bhatt

Bollywood queen Alia Bhatt turns 28 on March 15th. The birthday girl has been on the crest of a wave since the start of her career. In fact, saying that she has accomplished a great deal in life at a pretty young age is a Bollywood understatement. Her transformation from Shanaya (Student of the Year), the popular school girl, to Gangubai, a bold and fierce madam of brothel, resonates her terrific growth as an actor. Critics may claim she is ‘too young’ to perform certain roles but you can’t take away Bhatt’s versatility.

Her four best Filmfare Best Female Actor (three popular and one Critic’s) awards along with a closet full of other prestigious awards serve testimony to it.

Although she was brutally trolled during the initial days of career after a debacle on Karan Johar’s chat show Koffee With Karan. She gave a wrong answer when asked the name of the President of India, she didn’t let all of that deter her. In fact, she has turned the tables with her mammoth success in Bollywood, shutting down her trolls and turning the disrepute into a bygone.

Be it her portrayal of bubbly and feisty Kaira in Dear Zindagi or possessive and hostile Safeena in Gully Boy, or the various other diverse characters she has played all throughout, neither one of them were as such where Alia’s performance didn’t stand out; all her performances have received immense praise and love from all. As one can assume, Alia has been riding high and ruling not only the Box Office, but also the hearts of her fans (and also of Ranbir Kapoor *smirks*)

Her entrepreneurial journey is also worth talking about. Alia has invested in startups catering to children’s clothing, fashion and unboxing and now recently has also turned producer. Eternal Sunshine is the name of her film production house.

A look at the major transformation the 28-year old actor through her life and films.

A Family Of Actors And Filmmakers

Born in Mumbai, Maharashtra, into Bollywood’s Bhatt clan of actors and filmmakers, Alia said that she was not raised with the pleasures that people assume she would’ve got as Mahesh Bhatt’s daughter. “I had a rather grounded and modest upbringing. While growing up, I did not share a close bond with her father.” She added that this was due to his hectic work schedule and that their bond grew after she joined the film industry.

Alia wanted to become an actor from the time she was a toddler, and has said that she first realised it while rehearsing for the school choir in kindergarten. Her first acting role was in 1999 at the age of five in her father’s production venture Sangharsh, in which she played the younger version of Preity Zinta’s character for a brief while. 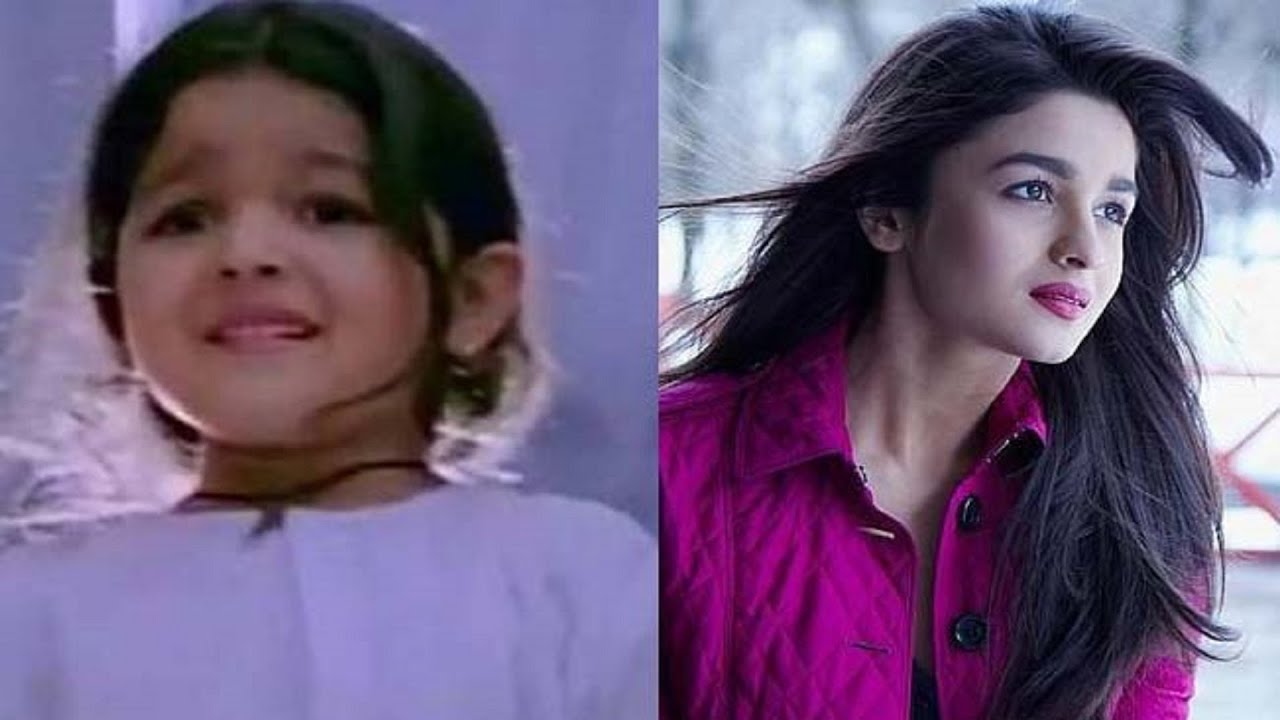 As per Alia, she did not remember much of the shoot. “I would go to the sets only for the food,” Alia remarked. Little did the then 5-year old know that it was a baby step towards a full fledged acting life.

It won’t be wrong to say that Alia was already a star when her first movie Student Of The Year, opposite then new-comers Sidharth Malhotra and Varun Dhawan, released in 2012. Her role as Shanaya gave the vibe of Kabhi Khushi Kaabhie Gham’s Poo and since then, many people have called her mini-Kareena and continue to call so. However, Alia’s critical acclaim came after her popularity, with the release of her second movie Highway in 2014, starring alongside Randeep Hooda, where she played the role of Veera, a hostage and child sexual abuse survivor, who develops Stockholm Syndrome (feelings for her abductor). Her performance was highly applauded and she received the Filmfare Best Actor Critics Award. After that, she went on to star in various commercially and/or successful movies such as 2 States, Humpty Sharma Ki Dulhania, Kapoor & Sons, Udta Punjab, Raazi, Dear Zindagi, Gully Boy and many more.

In Udta Punjab which released in 2016, she took on the part of a poor Bihari migrant Bauria who gets stuck in the dark world of drug peddling. Her next roles like Sehmat in Raazi and  Safeena, the girlfriend of Ranveer in Gully Boy were well received. These roles were the golden feathers in Alia’s career for which she has received the Filmfare Best Female Actor Awards. In the upcoming crime-drama biopic Gangubai Kathiawadi has shown Alia in a fierce, bold and tough avatar which has never been seen before. Fans love her work. She has been able to find her own place in Bollywood despite being born in a family of film stars.