On June 18, telecom giant Airtel landed itself in a controversy after it seemingly agreed to a customer’s demand for a “Hindu representative”. The move followed a tweet by Pooja Singh stating that a service engineer, assigned to look into a complaint, had misbehaved with her.

Responding to Singh’s query, a customer care executive said that the company would take a closer look into her complaint and get back shortly. 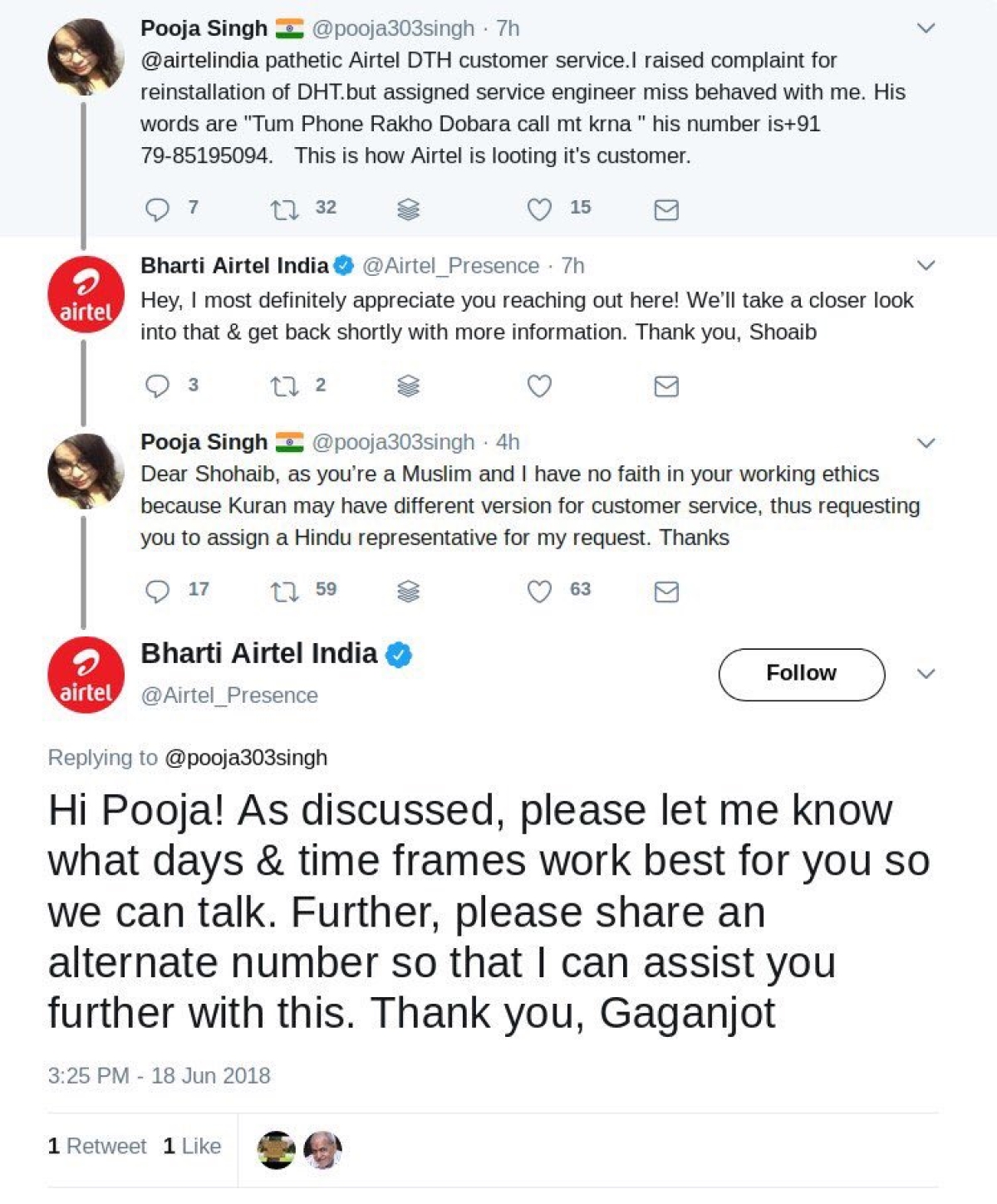 Pooja Singh, who has over 10,500 followers, including Delhi BJP spokesperson Tajinder Singh Bagga, then tweeted back, saying that as he was a Muslim, she had no faith in the work ethics of Muslims because “Kuran may have different version for customer service”. And she “requested” for a Hindu representative to be assigned to resolve her complaint.

Airtel executive Gaganjot then responded on the official Twitter page on behalf of the company to assist her. At the time, the telecom company didn’t raise any objection to Singh’s demand for a Hindu representative. It was only later in the day, after facing criticism for not standing up to bigotry, that Airtel responded to Singh saying, “we absolutely do not differentiate between customers, employees and partners on the basis of caste or religion. We would urge you to do the same.” 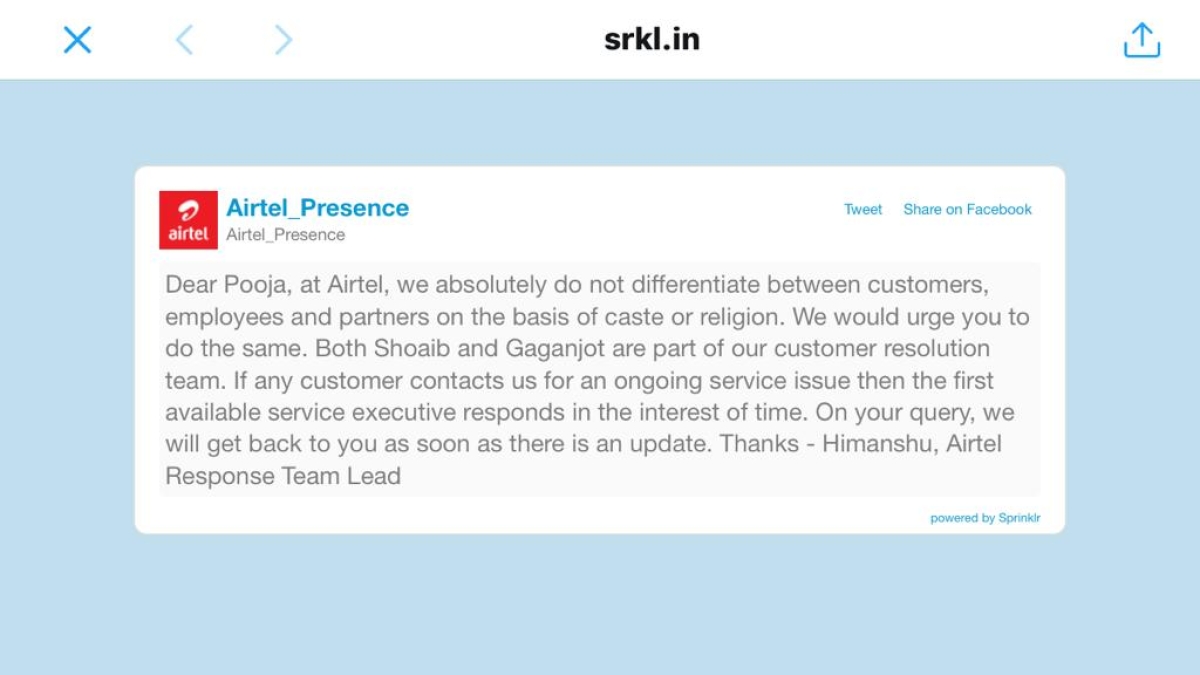 However the response was too late and too little. Historian Irfan Habib tweeted that he can’t believe this was for real.

An official spokesperson of Airtel told The Hindu that the company did not differentiate between customers or employees and partners on the basis of caste or religion.

“If a customer contacts us again for an ongoing service issue, then the first available service executive responds in the interest of time. We request everyone not to misinterpret and give it unnecessary religious colour. The said customer has been responded to,” the spokesperson said.

Not everyone was convinced of Airtel’s justification and many wanted to port their number. They question why the policy against discrimination was not stated earlier or why was the action against such discrimination taken until the matter came into the public eye. Ghalib And His Forgotten Haveli Five Tips to Make Your Brand Stand Out On Social Media