Thousands of people thronged India Gate in New Delhi to protest against the growing incidents of crime against women. A candlelight vigil was held on Thursday midnight (April 13) to urge the authorities to take action against the perpetrators of two heinous gangrapes of minors – one in Unnao (UP) and the other in Kathua (J&K). The march was led by Rahul Gandhi, his sister Priyanka and her husband Robert Vadra.

A large number of people joined the late night vigil. Due to this, all arterial roads leading to India Gate were blocked for vehicles.

Also: Asifa another Nirbhaya: We need collective disobedience against rape in India 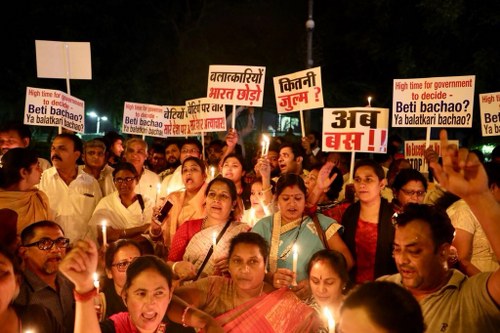 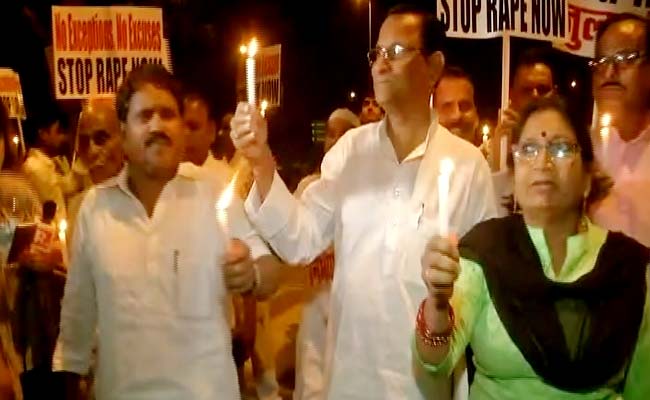 The protests reminded of a similar agitation that took place in the capital in December 2012 after a trainee physiotherapist was raped on a moving bus.

8-year-old Asifa was repeatedly raped inside the prayer hall of a temple in Kathua after being sedated with drugs. The accused include two policemen, one politician and his nephew and other connected parties.

Another rape case in Unnao of a teenage girl made headlines after her father was beaten to death in custody for seeking the UP Chief Minister’s help.

Maneka Gandhi said she was ‘deeply disturbed’ by the murder and rape of the 8-year-old in Kathua near Jammu. “I have been deeply, deeply disturbed by the rape case in Kathua and all the recent rape cases that have happened on children. I and the ministry intend to bring an amendment to the POCSO Act asking for the death penalty for rape on children below 12 years.”

Read Also: Asifa is going to haunt me forever! How do the beasts do this?