Women’s safety is a big concern in India. Last year, around 35,000 cases of rape were registered in the country. In the last few years, the situation has gotten much worse and this is definitely not the India that women want to live in. Often times, when a woman is raped or sexually assaulted, they are blamed for provoking men. With such regressive thoughts can the country?

It has come to a point where women have to take their safety into their own hands. One way women are protecting themselves is by carrying safety weapons such as pepper sprays, tasers and batons.

Women nowadays are standing up to the men who offend them, because they know keeping quiet will not help them. One way women are protecting themselves is by carrying safety weapons such as pepper sprays, tasers and batons.

Safety of women should be a fundamental right, and women shouldn’t have to worry about such things when going out of their homes. We spoke to a few women, who told us what they do to ensure their safety when travelling outside. 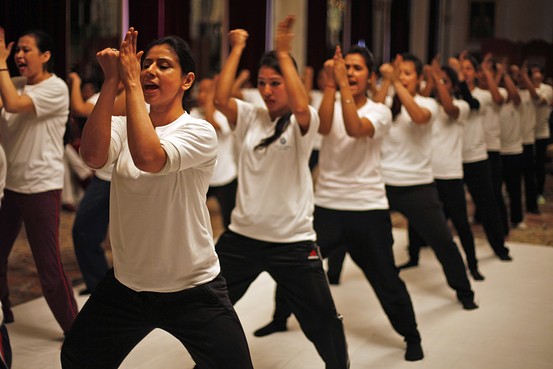 Ayesha Anam, a resident of Delhi told us that she carries a pepper spray in her bag. She said, “I’ve never used it, and thank God for that, but it makes me feel safe and I feel like I have something with which I can protect myself and run if I have to.” She added that Delhi is as unsafe as they portray on the media, “It is scary to go around in Delhi alone really, it is a very unsafe city for women and you can’t trust anyone.”

Aswira Siraj, who is from Bangalore told us, “I don’t really carry anything with me, but I prefer having a heavy bag to carry because if need be then it can be used as a weapon.” Women have used heavy handbags and other household items like keys and red chilli powder to escape from unsafe situations.

“I think women over the years have learnt to rely on instinct. I use my instinct whenever I am in a situation where I don’t feel comfortable. If my instinct tells me that something is not right, I try to get out of the situation.”

Another resident of Bangalore, Sayori Mukherjee told us that when she is travelling alone at night in a cab, she has even carried a knife with her. She said, “when I know that I will be in an unsafe area or situation, I tend to carry something like a knife”.

However, not everyone relies on weapons. Arunima Choudhury, also based in Bangalore told us, “I think women over the years have learnt to rely on instinct. I use my instinct whenever I am in a situation where I don’t feel comfortable. If my instinct tells me that something is not right, I try to get out of the situation. I think women should be aware of their surroundings and use instinct as well as common sense.”

It is really a pity that women in India feel so unsafe that they have to learn to protect themselves. The government has also launched programs where women get to learn self-defence for free. A lot of women are also opting for karate classes, and sending their children for the same too, but when will we see an India where women are safe? It seems like it might take a long time for that day to come.

Also read: 6 Cool Gadgets That Can Help You in Self-Defense