Indian Cinema has some applaud worthy list of patriotic movies, which are not only blockbusters but also evergreen in igniting the spirit of patriotism in people even today. Gadar, Border and LOC are a few that top the list of patriotic movies in India. Such movies allow a gateway to history, struggles and realities that were unknown or not witnessed. They allow people to imbibe the importance of independence movement, what does it mean to be citizens of an independent country. Moreover, patriotic movies play a significant role in encouraging the youth to become nation builders. They infuse in youth a respect for their nation and its freedom fighters. Besides books on history and independence movement of India, patriotic movies are also great archives of forgotten heroism and history of India.

The struggle for Indian independence was not only a men-led troop, fighting and sacrificing on the battleground. There were many women freedom fighters that played significant roles in gaining independence for the nation. While few women used their pen as a weapon against the rulers, many brandished sword and guns. Rani Lakshmi Bai, Sarojini Naidu, are some of the known women freedom fighters. But, there are some women fighters whose story has not been told. Therefore, the archive of the freedom struggle cannot be only male-centric, because patriotism has no gender. If Border and LOC infuse patriotism in men, then why not in women who might also want to serve the nation.

Women-centric patriotic movies show that a common woman like Radha of Mother India or Sehmat of Raazi also have stories of bravery to showcase.

As far as Indian cinema is concerned, it’s archival of Indian history and patriotism has mainly been male-centric. However, there is a list of women-centric movies that have broken the ice of male-heroism and emerged as blockbusters. Some of the best women-centric patriotic movies are:

Released in 1953, Jhansi ki Rani marks an important era in Indian cinema. The movie, directed and produced by Sohrab Modi, is credited as the first Technicolor movie made in India. It starred Sohrab Modi’s wife, Mehtab as the lead role, Rani Lakshmi Bai. The movie is a marvellous portrayal of the bravery and struggle of Rani Lakshmi Bai to free India from the clutches of British rule. It is one of the first women-centric movies in Indian cinema that valorised a woman freedom fighter. 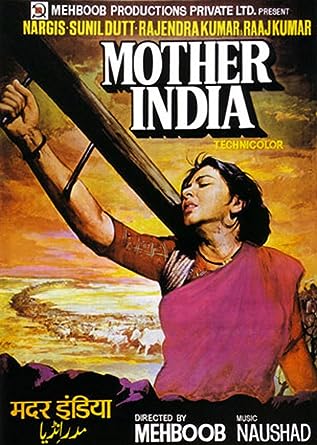 Directed by Mehboob Khan, Mother India is an Indian epic drama film and one of the mega-blockbusters of Bollywood. Nargis played the lead role of a poor but righteous woman farmer who struggles to raise her children in the post-Independent India. The movie is not a chronicle of Indian history, but a portrayal of the distress of a common farmer in India. It shows Nargis as the metaphor of India in its post-independence era (so the title Mother India). The struggles of Radha (the protagonist played by Nargis) to earn her livelihood and feed her children against the atrocities of a greedy money-lender shows an Independent India enslaved by its own problems. Radha’s sacrifice to raise her children is a metonymy for the motherland that nurtures her citizens and hence instils a message of nationalism in the viewers.

The movie is a marvellous portrayal of the bravery and struggle of Rani Lakshmi Bai to free India from the clutches of British rule. It is one of the first women-centric movies in Indian cinema that valorised a woman freedom fighter.

Though the movie conforms to a stereotype of comparing women with the nation, it does not fail to show the struggles and importance of a woman in the country. It gives a strong message of nationalism and women empowerment in India. Chak de! India is one of the blockbusters of Shah Rukh Khan, released in 2007. It was directed by Shimin Amin. The movie is not about the freedom struggle for 1947. Rather, it is a fictitious representation of the Indian women hockey team that wins the world cup. Shah Rukh Khan played the Muslim hockey player who is ostracized from Indian men’s hockey team based on arbitrary allegations of his links with Pakistan. He later becomes a coach of a hockey team of 11 women, training them into a team of champions. The patriotic fervour through sports with women players heightens the patriotism, nationalism and women empowerment in the movie. 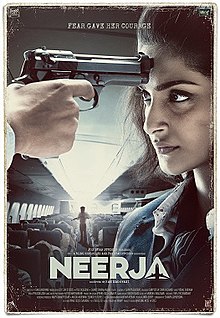 Neerja is one of the important women-centric movies of contemporary cinema. Directed by Ram Madhvani, the movie is a biopic of the Indian air hostess and model, Neerja Bhanot who sacrificed her life while saving 359 passengers in her Pan Am flight 73 hijacked by the terrorists in 1986. Sonam Kapoor starred as Neerja, did a commendable job in recreating the historic bravery of an Indian woman. The movie gives goosebumps through its realistic descriptions and acting and its message of patriotism and bravery. Razi is another marvel of contemporary Indian cinema that portrayed the ability of a woman to serve her nation despite herself. Directed by Meghna Gulzar, the movie is a real but untold story of a Muslim girl Sehmat (played by Alia Bhatt) who married in to a Pakistan family as an Indian female spy during the Indo-Pak war of 1971. The movie is an amazing portrayal of how an inexperienced and innocent college girl who undergoes intensive training to become a spy of the Indian Intelligence Bureau. The movie and Sehmat herself are an example of the fact that a woman can become an important part of the Indian army. Required is a patriotic zeal and dedication to training and on-field performance.

The movie gives goosebumps through its realistic descriptions and acting and its message of patriotism and bravery.

Read Also: Raazi: How Can A Spy Cry? A Real Story Of Human Flaws

Kangna Ranaut starring Manikarnika made its place in the list of women-centric patriotic movies recently in 2019. The movie is another dramatic retelling of the saga of Rani Lakshmi Bai. The movie shows that there are still many movies still to be told that will lift the silence on the stories of bravery and struggles of women for a free India.

Biopic of Saina Nehwal and Gunjan Saxena are some other movies to be released this year and will be added to the increasing list of women-centric patriotic movies.

Besides the six movies listed above, there are still many stories of patriotic women and their maverick roles in defining India. Besides the women that sacrificed themselves in battlegrounds or wrote a series of scriptures, a common woman like Radha of Mother India or Sehmat also have stories of bravery to show. Let’s revisit these stories that can instil the millennial women with new patriotic fervour.

Read Also: Women-Centric Films We Are Eagerly Wanting To Watch