Actor Abhay Deol’s recent social media posts slamming our fairness fixation reminds me of the time when I realised that in India, being fair is a big deal.

The year was 2014 and I had just returned to India after living abroad for most of my school and college years. It was a pleasant change for me, except for the Delhi heat. I was happy about being back here, but what hit me hard was some of the ideas ingrained in most people. A simple act like going to shop for a moisturising cream proved to be an eye-opener for me.

I went to one of the big supermarkets (thinking I’d have variety to choose from). Once I got to the ‘beauty cream’ isle – I started looking for a moisturiser that had tea tree oil, and was good for my oily skin.

To my surprise – each and every moisturising cream in the isle had just one word in common – FAIRNESS. I asked the lady working at the supermarket if there’s anything without the word ‘fairness’ and she said to me ‘Log toh yeh hi khareedte hai, aapko kya chahiye?’ (‘People always buy this stuff, what do you need?’). 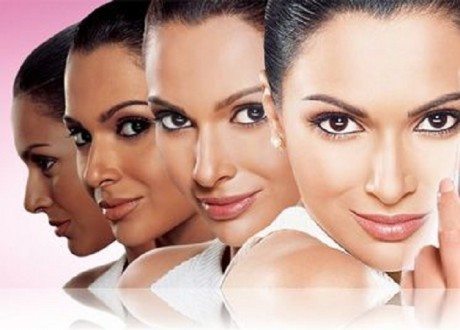 I went back home that day and did some research. Turns out — we are a nation obsessed with fairness. All those ads on TV that told us women that we couldn’t get the perfect job if our skin was dark were now ingrained in the minds of Indians. How can this be? I thought. The only thing that makes us so beautiful is that we are all different! Why try to change the colour of your skin?

In the last few years, there have been skin lightening creams not just for your face, but for armpits too. There is also face bleach for women. Men aren’t left out from this charade. There are so many new products for them too, and that too with celebrity endorsements — the best market strategy in India!

Campaigns like Dark is Beautiful and Unfair and Lovely have taken social media by storm, but does that reduce the impact of these creams? We still have their ads on TV, and they are still rampant in the supermarkets

However, a change is coming. People are starting to realise that idealising fair skin is no longer a priority, and are embracing their beauty – no matter what color!

This change is coming because a lot of Indians, like me, have started questioning these ideas. Celebrities are speaking up against this racism (except the ones who have already endorsed these creams). At least campaigns like the ones mentioned above are changing the perspective of Indians. Most millennials that I know are against the use of skin whitening creams and want to embrace their beauty as it is. Times are changing, and hopefully for the better. In a few years, we hope that these skin whitening products will be rare finds in the supermarket.