When passion becomes the driving force to a startup, it is sure to get success. And there are a large number of women solely guided by their passion, turning their hobbies into start-ups or even choosing to become social entrepreneurs. The path to establishing your own business is not easy, but conviction and belief keeps them going, taking them to their goals. We bring to you a list of nine such women, who firmly believe that their passion steered them to success:

Aditi Gupta was fed up of all the whispering around menstruation going on in the society. She wanted to bring in a change; she wanted to start a dialogue where people could talk about it more freely and also be educated about it. This passion compelled Aditi to start Menstrupedia, an online platform that promotes awareness around menstruation through fun graphics and it clears myths around the period cycle. The website today has over a lakh visitors every month.

A Bangalore based initiative, Make A Difference or MAD works for orphans in shelter homes across 23 cities in the country. Gloria was only 20 when she started MAD which was inspired by her mission to do something for the orphaned kids. When she was in college, Gloria visited shelter homes in her free hours and was moved by their treatment over there, hence she got together with a few people and founded MAD.

Not an entrepreneur per say, Scherezade is actually a Youtuber and hence her own boss. She makes lifestyle videos and uploads them on Youtube and that’s become her job. Initially, it was a fascination for the medium which led her to this video-making business, but when she tried her hands on it for a few times, she became really passionate about it. Now apart from lifestyle videos, she also motivates people to do what they love and pursue it as a career. More than a job, video-blogging is a passion for Scherezade.

Excited by the idea of self pampering, Niharika started Sugarbox, a monthly gift box delivered to its customer containing surprise goodies. Although this idea is popular in many countries, Niharika is one of the few who brought it to India. Since its reception in metro cities have been overwhelming, according to Niharika, she is trying to now venture into tier 2 and tier 3 cities with Sugarbox. 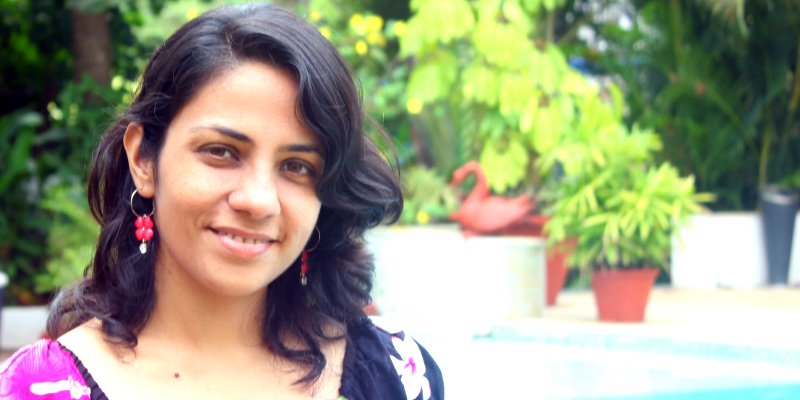 Spending about ten years managing early-startups, Bhavana decided to use her experience to her advantage.  This is when she started StitchMyFit to organise the tailoring business in India.  Having been a student of engineering, her skills came in handy while structuring her startup. StitchMyFit gives its users the liberty to select a particular design online, and then get it tailored according to their measurements. In partnering with many boutiques rather than designer labels, and in the process provided them an online platform as well. A lover of everything high-end, Priya realised that India lacks the availability of high-end lifestyle products easily. She cashed in on the idea and her passion for luxury products and came up with RockandShop.com, an online platform where one can find all the high-end clothes, jewellery and accessories. RockandShop is based in Delhi and they collaborated with Murad Osmann to sell the exquisite photos of their Follow Me To series.

Rashi Narang started Heads Up For Tails because she is crazy about everything related to dogs.  Disappointed with the fact that finding quirky apparels for dogs was a major problem in India, she thought of starting her own line of quirky products for pets. Heads Up For Tails has been a successful venture for Rashi, and now she has plans of opening a lifestyle store exclusively for dogs. Having moved from the US to Gurgaon, Neela Kaushik had no friends and wanted to do something on her own. This led her to start a Facebook group called Gurgaonmoms which became so popular among the working moms in Gurgaon that it now holds Summits exclusively for the working women with families. The group lets women network, make friends and know their city in a better way. In the quest for some friends Neela ended up creating a community within a city.

The alter ego of Angel Bedi, The Filmy Owl is her way of expressing emotions on paper, by doodling. A certified  film buff, her doodles more often than not deal with that particular subject.  She sells her art in the form of merchandise on different websites like Postergully.com. She also collaborated with HUFT and made some great doodles for dog products. A typical example of converting passion into a paycheque, that’s Angel for you.