There are a range of contraceptives available to women these days. One of the most effective forms of birth control are the intrauterine devices (IUDs). These are very small devices, made of plastic or copper and shaped like a ’T’ that are inserted into the uterus.

The hormonal IUD is made of plastic and gives out tiny amounts of levonorgestrel into the uterus. This makes the cervical lining thick and makes it a hostile environment for sperm to penetrate through.

There are two kinds of IUDs present in the market at the moment, one is the hormonal IUD, and the other is the copper IUD. The hormonal IUD is made of plastic and gives out tiny amounts of levonorgestrel into the uterus. This makes the cervical lining thick and makes it a hostile environment for sperm to penetrate through.

The Copper IUDs are completely hormone free. They work because copper eliminates sperm. Dr. Azra Safdari, based in Mangalore told us, “Copper T’s are a very good alternative to oral contraceptive pills because they don’t have the side effects of hormones” 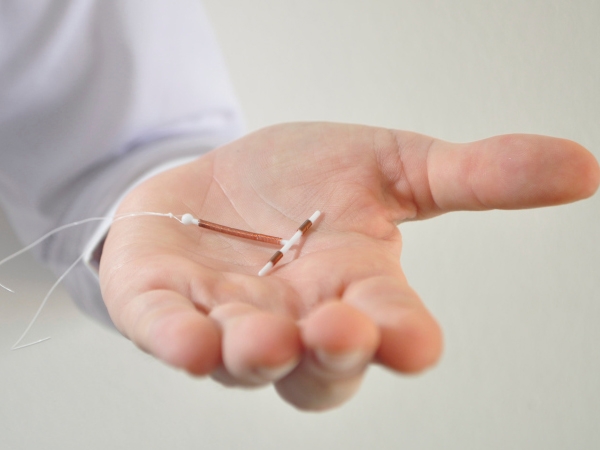 IUDs are safe to use for most women. Once they are put in place, they can last up to 5-10 years depending on which brand you use. There are not many drawbacks of IUDs, but it is not very suitable for women with multiple partners. Dr. Safdari tells SheThePeople, “The only drawback of IUDs is that it doesn’t protect you from sexually transmitted diseases, but if you have one partner, it is ideal”

There are some cases where women can’t use IUDs such as if they are pregnant or have an pelvic infection. In some very rare cases, when a woman has an oddly shaped uterus, IUDs have torn the walls of the uterus causing problems. These are very rare cases. Every medicine has a side effect, and so does the IUD.

The actual procedure takes only a few minutes but takes some time getting used to the IUD inside you.

The IUD can make women bleed irregularly, or more heavy for the first few months after it is inserted. However, after about 6 months, women have reported that they bleed very light or do not have a period at all. When the IUD is inserted, it can cause some bleeding, cramps and pelvic pain for a few days. The actual procedure takes only a few minutes but takes some time getting used to the IUD inside you.

If you’re looking for a long term solution to birth control without the side effects of hormonal pills, IUDs are the best option that you have. You can speak to your doctor and decide what is the best option for you.