rakhi is a thread of love and care; a celebration of the sibling bond and not the protector-protected dynamics. The relationship between a brother and sister is of friendship, freedom and support, and not of control and suspicion.

On the eve of Rakshabandhan, I was walking down the road to a grocery shop. I witnessed a strange encounter between a brother and a sister which made me ponder over the significance of Raksha Bandhan. The girl was busy on a call with a friend just outside her building. Just then, her brother beckoned her and bombarded her with questions inquiring whom she was talking to. The girl was now pale and clueless. She stammered and assured that the caller was just a friend. But the vigilant brother retorted that she was lying. At this moment, I realized that the girl would be today tying a Rakhee, thread of love and protection, to her suspicious brother. She will be thanking him for his “protection” and hence validating his inquiring and “I don’t trust you” gaze. Is Rakhee a thread of love between brothers and sisters, or an ornamental string that ties protection and oppression together: patriarchy topped up with brotherhood?

The myth behind ‘Rakhi’:

Like every Hindu festival, Rakshabandhan also has a plethora of mythical stories that validate its significance. One of the most read and referred to is the story of Humayun and the widowed Queen Karnavati of Chittor. According to the story, when Bahadur Shah invaded Chittor, Queen Karnavati wrote to Emperor Humayun asking for protection. Along with the letter, she sent him a sacred thread as a symbol of love and protection. But before Humayun could save the queen and her kingdom, Chittor was captured and Queen Karnavati performed Jauhar. However, Humayun did reclaim Chittor for the deceased queen and handed over the throne to Karnawati’s eldest son. Since then Rakhee became a festival for sisters to show their gratitude towards their brothers, seeking their protection.

Does the festival encourage women to seek help from their brothers in times of distress, or be forever dependant on their protection (which are two different things)? Does it allow patriarchy to create a hierarchy among the two genders, labeling one as strong protector, and the other as weak and in need of protection?

Rakhi, a festival or a norm?

When you strip it off all the patriarchal beliefs and customs like buying expensive gifts, then rakhi is a thread of love and care; a celebration of the sibling bond and not the protector-protected dynamics.

Rakhi is celebrated to reestablish the gender dynamics in our society. A brother is deified, put on the pedestal of worship. In return, he is expected to oblige his sister with ample gifts or money, as if a child is being rewarded for spelling the alphabets correctly, along with a promise that he will protect her for a lifetime. This custom ends up telling women that they can’t protect themselves, and it also gives brothers the agency to police their sisters, in order to ‘safegaurd’ them. It is also unfair to the brothers, as they have to bear the societal pressure of being responsible for their sister’s safety and showering them with gifts as well. So basically it is fair to no one. 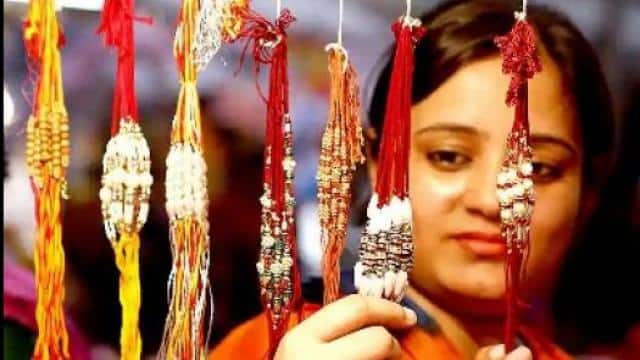 It is important also to note that the significance of rakhi should have been redundant in case of a sister who has an infant or 4-5 years old as her brother. But, it does not. Rather, a sister is still expected to tie the thread of love and protection even to her infant brother. Isn’t it unreasonable how a woman who has already completed twenty-years of her life alone, still needs to be protected by a brother who is much younger than her.

Perhaps we need a new perspective

This custom ends up telling women that they can’t protect themselves, and it also gives brothers the agency to police their sisters, in order to ‘safegaurd’ them.

When you strip it off all the patriarchal beliefs and customs like buying expensive gifts, then rakhi is a thread of love and care; a celebration of the sibling bond and not the protector-protected dynamics. The relationship between a brother and sister is of friendship, freedom and support, and not of control and suspicion. If they want to, brothers and sisters today can free Rakshabandhan of the gendered and patriarchal aspects and make it all about mutual love and care.

And why just brothers and sisters, Rakshabandhan should allow every person to thank anyone who has helped or protected them in their life. It can also be a day to recognize the services of police, army and security guards that genuinely keep us out of harm’s way. It will thus be a pure symbol of gratitude, upholding humanity and not any biases. I know that it is easier said than done. But then the gender dynamics in our society will forever remain static if we never initiate a change, thinking that the outcome that we seek is impossible to achieve.